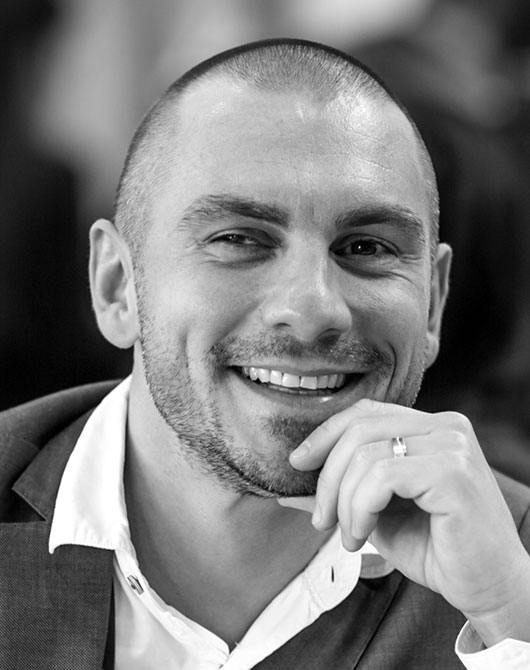 Born in 1976 in Subotica, the Republic of Serbia, where he completed his high school education. He graduated from the Faculty of Dentistry in Belgrade in 2001 with an average grade of 9.63/10.00. In the 6th year of university education, he was elected the best student of his generation. After graduating, he chose daily active dental practice as his professional path, and after 4 years in Community Healthcare Center Kanjiža, in 2005 he opened a private practice. He continued his education in Serbia and abroad. Today he gives lectures at congresses on the topics of dental photography, adhesive and aesthetic dentistry, and publishes professional articles in domestic journals.

The Smylist method – much more than smile design

This lecture is the result of the curiosity and search of the lecturer to improve the success of complex oral rehabilitations, leading him to the Smylist method. Through his clinical work, he has noticed that, despite digital smile design, some pieces of the puzzle are still missing for complete success in therapy. The topic of the lecture is based on the Smylist method by Dr. Csillag Mária from Budapest, but the presentation entirely reflects the lecturer’s independent, unbiased opinions and experiences.

The whole method is complex because, in addition to the classic smile design, it also considers the position of the mandible and posture during treatment planning. The smile is planned according to the individual centre line of the patient and not perpendicularly and parallel to the bi-pupillary line. The morphology of the nose, the slope of the nasolabial folds, the upper lip (and not the lower lip, as in the classic DSD) are taken into account for the placement of the upper front teeth. Asymmetries in the function of mimic muscles are not accepted because they are considered the result of the incorrect position of the mandible. How often have you seen that one corner of the lips rises much higher than the one on the other side or that the nasolabial fold on one side of the face is much more pronounced than on the other side? No, this is not the place for fillers and Botox! It is time to learn the rules with which you can correct the function of facial muscles and, consequently, the appearance and aesthetics. Even during aesthetic planning, the future corrected position of the muscles or the tip of the chin is already taken into account. In addition to their aesthetic, the upper front teeth also have a critical functional role, which presumes to stabilise the position of the mandible. An aesthetically beautiful smile from the front does not always mean it is also functionally good! The lecture aims to show/prove to the audience that the correct placement of the teeth and mandible changes the length of the upper lip and the morphology of the base of the nose.

The Smylist stabiliser is a gnathological splint, which in addition to its functional role, has a facelift effect without any fillers and surgical interventions but also a far-reaching effect on posture.